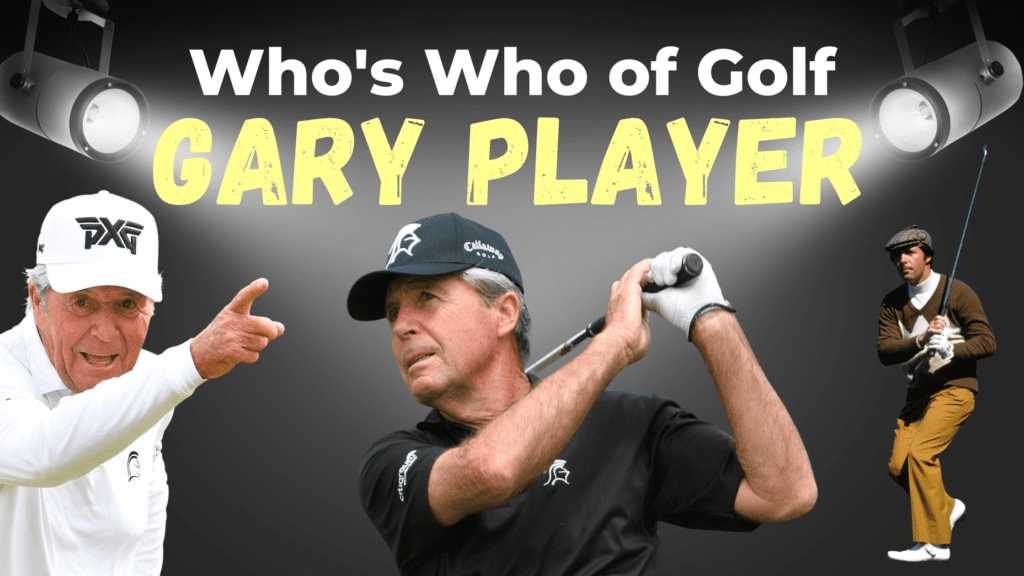 Who is Gary Player?

Gary Player is a South African former Professional Golfer, regarded as one of the greatest golfers of all time. A nine time major champion, Player is one of only five players ever to win the Career Grand Slam.

In 1974, Player was inducted into the World Golf Hall of Fame.

On 7 January 2021, along with Annika Sörenstam, Player received the Presidential Medal of Freedom from President Donald Trump. The Presidential Medal of Freedom, along with the Congressional Gold Medal, is the highest civilian award of the United States. The award recognises “an especially meritorious contribution to the security or national interests of the United States, world peace, cultural or significant public or private endeavours”.

Why is Gary Player Nicknamed The Black Knight?

Gary Player is known as “The Black Knight” or the “Man in Black” due to his passion for wearing all black clothes when playing golf and his passion for going into battle on the golf course. As a youngster Player’s father encouraged him to have a trademark so that he could develop a brand for his career. Player decided his trademark would be wearing all black and now uses The Black Knight name and logo (pictured above) as his brand.