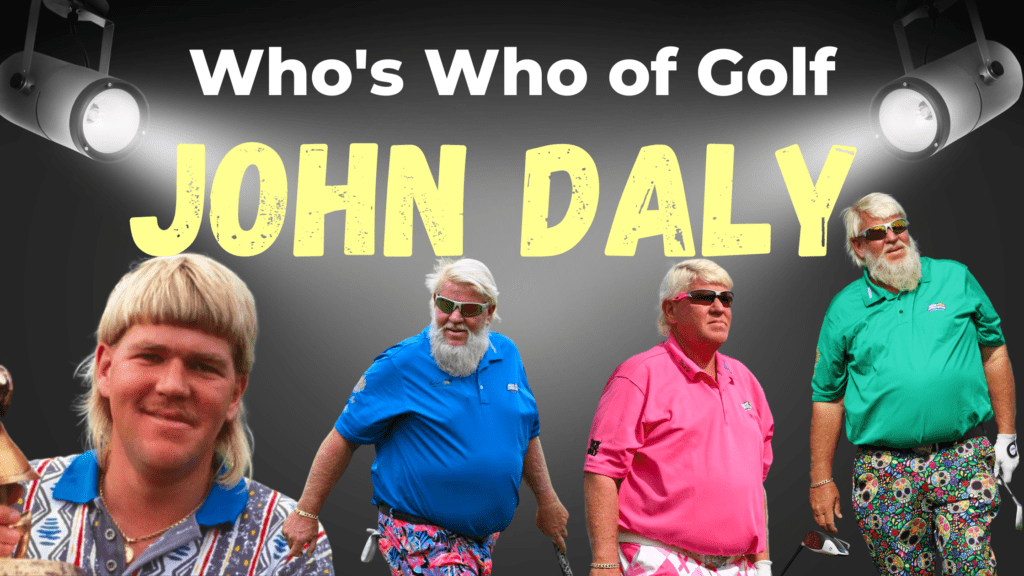 Who is John Daly?

John Daly is an American Professional Golfer famed for his big hitting off the tee. As you can see in the video below he has an incredibly long backswing. Daly’s long drives helped him to win two Major Championships in the 1990’s. First the PGA Championship in 1991 followed by the Open Championship in 1995.

John Daly really is one of the great characters in golf. You’ll rarely see him without a cigarette and his trademark loud trousers.