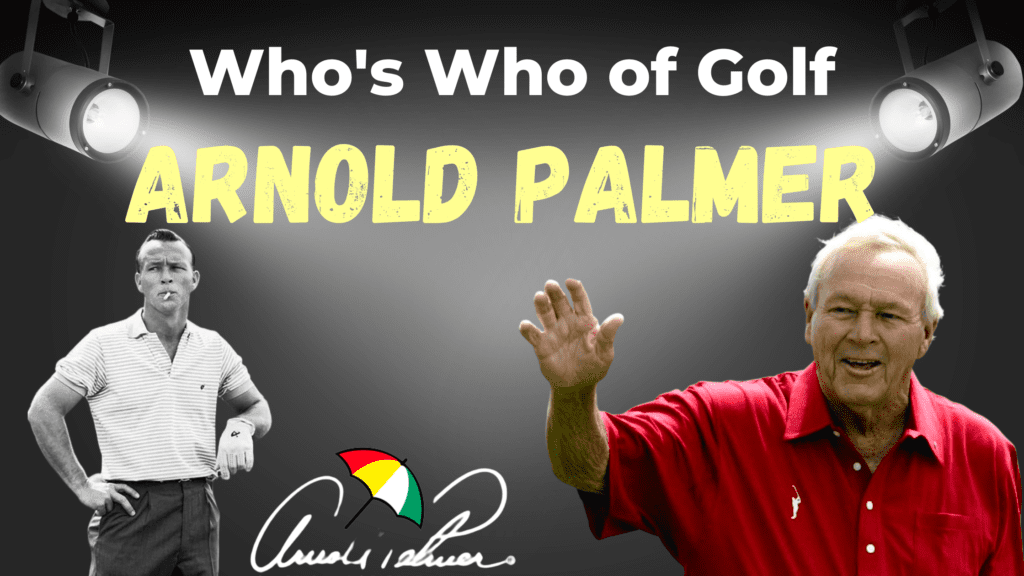 Who is Arnold Palmer?

Arnold Palmer was an American professional golfer, widely regarded as one of the greatest golfers in the history of the game. A 7 time major champion, Palmers incredible 62 career PGA Tour wins is the 5th most of all time.

Palmer’s kindness and thoughtfulness saw him gain a huge following. His fans were coined “Arnie’s Army”.

Alongside Jack Nicklaus and Gary Player, Palmer was the third of the trio known as “The Big Three”. The Big Three were credited in the 1960s for popularising and commercialising the game of golf.

Named in honour of Palmer the Arnold Palmer Cup seeks to pass on his values to the next generation of golfers. The event is an annual team golf competition for college/university golfers. First contested in 1997 the event was originally just for men. In 2018 the format was updated and now it is contested between a United States team and an International team representing the rest of the world. The teams consist of 12 men and 12 women.