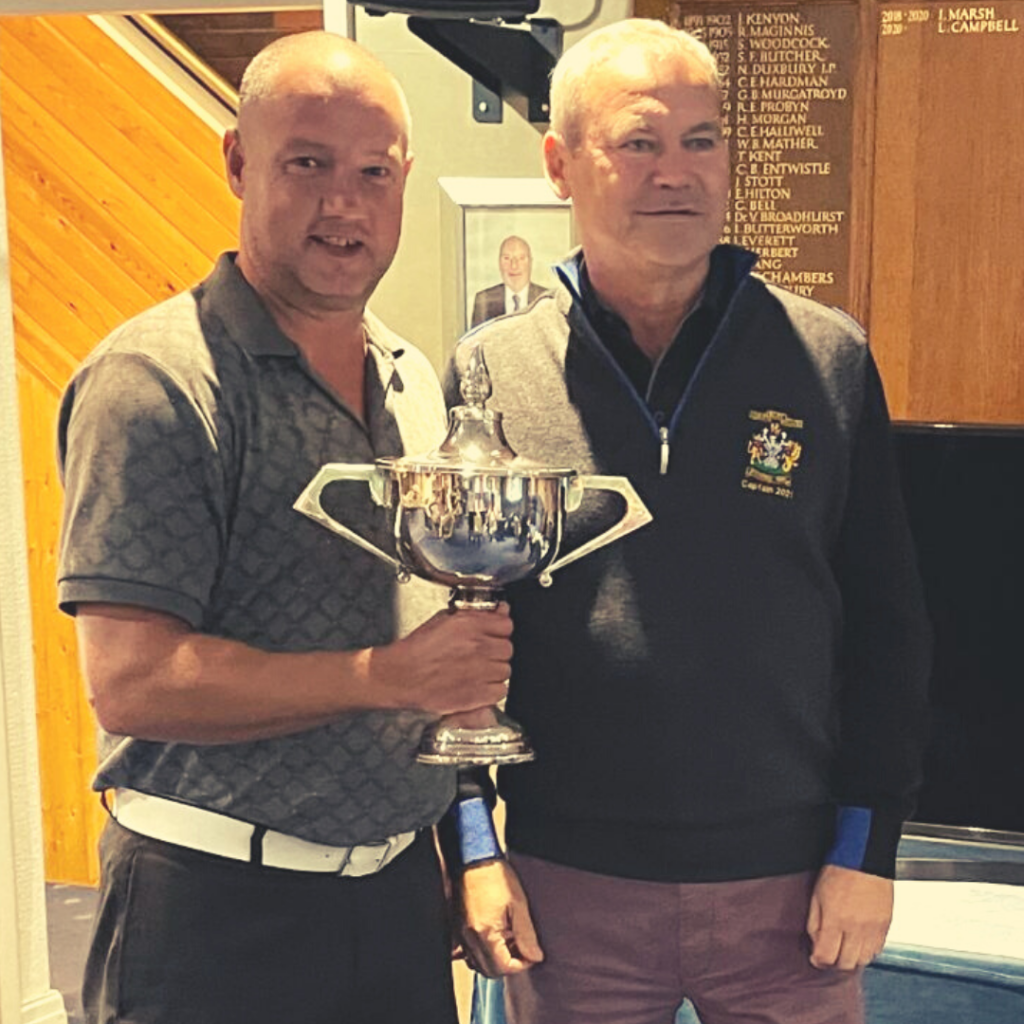 You may not already know this, but golf runs in my family. My Grandfather, Mother, and Uncle were all successful golfers playing at Worsley Golf Club. The latest and greatest family golfer, though, is my cousin, Simon Whitehead. Simon played golf in his early years and then much like me had a break to focus on other things, returning to the game a few years ago. Unlike me, Simon was a very useful golfer when he stopped and is now even better.

Last weekend was the final event of the year in the Northern Order of Merit, the Harry Varden Trophy , a 36 hole scratch competition (no handicaps) played at Bury Golf Club. Simon’s handicap going into the event was PLUS 1.6. He shot a total of 134 (68 followed by a 66) to win the event by one shot, snatching victory away from Christopher Parkinson (135 shots) of Penwortham Golf Club and Jack Bottomley-Clift (135 shots) of Manchester Golf Club.

Clearly, Simon played a couple of great rounds of golf: he had 10 birdies and just four bogeys over the 36 holes. Four of his birdies came on the trot in a sizzling run from the fourth to the seventh hole in his second round of the Harry Varden Trophy 2021.

Earlier, I mentioned the three other successful family golfers at Worsley Golf Club; sadly, none of them are here to enjoy Simon’s brilliant win, but I’m certain that they all will have been as proud as punch watching from above. As a result of his outstanding play, these two rounds move Simon’s handicap to +2.4. He works unbelievably hard at his game and deserves every success.

Congratulations Si … now stop being so selfish and come and coach me!